Hunter Shkolnik on 790-KABC with Dr. Drew and Mike Catherwood 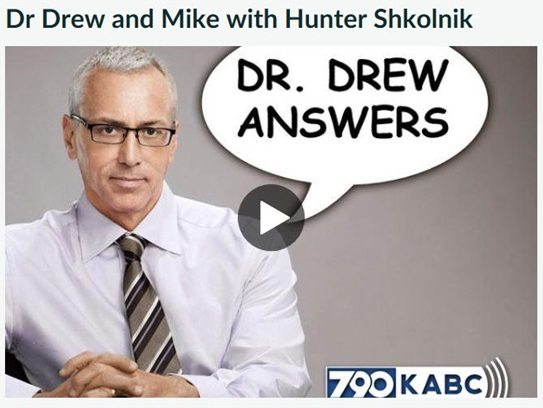 Dr. Drew and Mike discussed the latest Flint headlines with Partner Hunter Shkolnik, the Co-Liaison Counsel in the Flint Water Crisis Litigation. Reports are stating the Flint community is experiencing lower fertility rates and increased fetal death rates, which could very well be related to lead exposure from the water.

Mr. Shkolnik explains that sadly everyone in the community has been affected by the contaminated water, associated with the switchover that had occurred. He added that  those findings are not shocking as every child under the age of 7 in Flint, MI has sustained lead poisoning. As Mr. Shkolnik puts it, “This is inexcusable.”

Many have pointed out that surrounding, affluent neighborhoods to Flint did not experience the same water issues and Mr. Shkolnik points out that is not surprising that this crisis occurred in a poverty stricken, downtrodden community. There were outsourced engineers who guided the water district workers in the transfer, who should have recommended proper water treatment. That process was thought out and the Flint residents suffered while others did not.

Mr. Shkolnik explained that there has already been legal wrangling at the state and federal level but that there are resources available to compensate the Flint community.