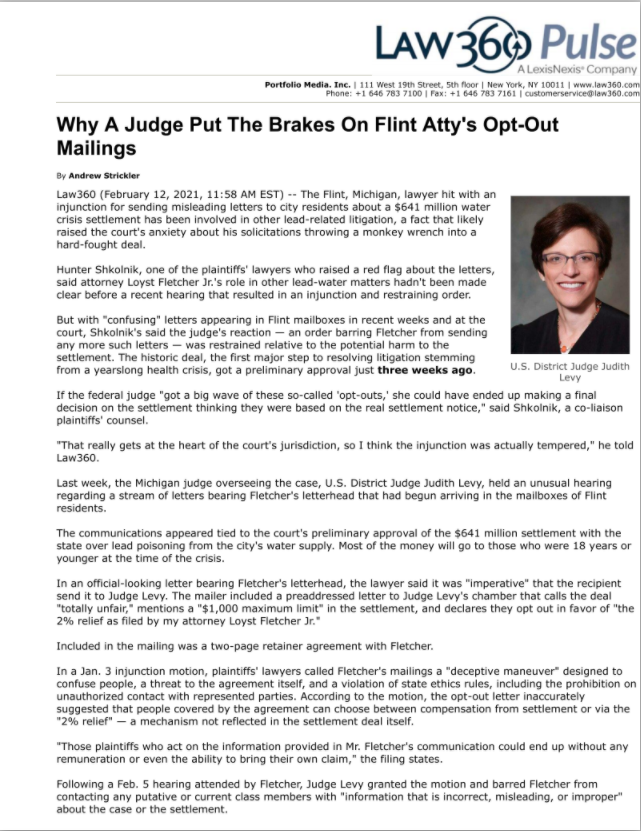 Hunter Shkolnik, one of the plaintiffs’ lawyers who raised a red flag about the letters, said attorney Loyst Fletcher Jr.’s role in other lead-water matters hadn’t been made clear before a recent hearing that resulted in an injunction and restraining order. But with “confusing” letters appearing in Flint mailboxes in recent weeks and at the court, Shkolnik said the judge’s reaction — an order barring Fletcher from sending any more such letters — was restrained relative to the potential harm to the settlement.